The Politics Of Inequity – Science, Transparency and Travel Bans

The Politics Of Inequity – Science, Transparency and Travel Bans

On the 25th November scarcely hours after the South African minister of health had held a press briefing to announce that a new variant (Omicron), had been identified by South African scientists, the UK government imposed an immediate travel ban on flights to and from Southern African countries such as South Africa, Botswana, Zimbabwe, Namibia, […] 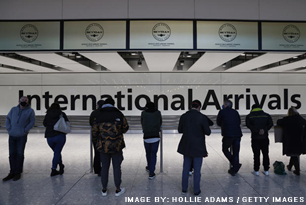 On the 25th November scarcely hours after the South African minister of health had held a press briefing to announce that a new variant (Omicron), had been identified by South African scientists, the UK government imposed an immediate travel ban on flights to and from Southern African countries such as South Africa, Botswana, Zimbabwe, Namibia, Lesotho, Eswatini, Mozambique, and Malawi. This was followed by similar travel bans imposed by the EU, the US, Japan, Canada, and Australia. Surprisingly in Africa a few countries such as Mauritius, Rwanda, Angola, and Egypt have also followed with their own restrictive travel measures, either through banning travel or imposing mandatory quarantine periods for travellers from red listed countries and those who have recently been to those countries. The new variant has also been found in other places such as Belgium, the UK, Germany, Israel, Hong Kong, and Australia but no travel bans were imposed on those countries.

The precipitous imposition of a travel ban for travellers to and from Southern Africa before the variant had even been discussed at the WHO, has led to major disruptions. This approach has failed to halt the spread of the pandemic, as it emerged that the virus was already circulating in several countries including the UK, Germany, Belgium as well as The Netherlands, which announced that the virus was detected in a tested individual as early as 19 November. The measures have also caused several millions of dollars in damages to the economies of the region. Previous lockdowns have contributed to record unemployment rates in South Africa, the region’s biggest economy. Overnight further losses of some $62 million were registered in travel booking for the Christmas season even as travellers paid an emotional toll. This has been a classic example of shooting the messenger.

South Africa has among the best genome sequencing in the world because of its history of combatting the HIV/Aids and TB viruses. Over the last two years, the country’s scientists have worked tirelessly as part of the global effort to combat COVID-19 through science. In its reporting to the WHO, South Africa has behaved as a responsible member of the international community and adhered to the organisation’s regulations regarding pandemics. South Africa has acted transparently, responsibly and in the true spirit of solidarity and collective action.

Recognising the imperative of speedy manufacturing and distribution of vaccines as a key measure to fight against the pandemic, in October 2020 South Africa and India jointly sponsored a proposal for a temporary WTO waiver on intellectual property rights related to vaccines. More than a year later, this proposal, which is supported by over 100 countries, has stalled, opposed by a handful of pharmaceutical-producing advanced economies, although the US now supports this call for a temporary waiver.

Africa has fully vaccinated only 6.66%, compared to 66% in Europe and 67.5% in North America. Meanwhile, South Africa has vaccinated 23.66% of its whole population. Given the glaring inequalities in the production and distribution of vaccines, the mutation of COVID-19 should come as no surprise. The more the virus is allowed to spread, the more it mutates. Yet countries have repeatedly responded to the pandemic by acting unilaterally and hardening their borders. Many of these countries are the same ones who have bemoaned the fragility of multilateralism and rhetorically touted the importance of collective action.

The advanced economies are failing to honour their commitments to provide funding for already fiscally constrained developing countries to purchase vaccines and distribute them quickly. The WHO’s target of achieving 40% global vaccination by the end of the year will thus not be met.

Commitments to set up vaccine manufacturing sites in Africa have been made, but there is nothing substantive to show for it yet. There should also be an imperative to transfer know-how. Decentralising vaccine manufacturing and supporting the development of regional value chains would enable a faster roll-out to developing countries than the COVAX facility has managed. The COVAX facility itself was dependent on one supply source, the Serum Institute in India.

Fighting the pandemic will not be achieved by unilateral travel bans on some countries, but not others. Travel bans impact on lives and livelihoods of the most vulnerable but do not stop mutations spreading. The real problem is speeding up vaccine access and it ought to be addressed collectively.

Science is the vehicle that enables the collective fight against the pandemic. It should not be instrumentalised for short-term political advantage.

While fulfilling previous commitments that would have facilitated equitable vaccine access will come too late to stave the current variant, it remains necessary to provide the infrastructure for an effective global response to pandemics. Decentralising vaccine production – that will also help with the next pandemic that is sure to come – must receive urgent attention.

Advanced economies must also distribute a higher volume of vaccines to the developing world more quickly and not undercut the work of the WHO in its efforts to better coordinate joint action. This must include the distribution of excess supplies in developed economies to avoid hoarding and even wastage. Countries should also ensure that any future contracts with vaccine suppliers do not restrict them from distributing excess vaccines so as to avoid a system of sustaining artificial scarcity. Global cooperation to ensure distribution is not marred by logistical challenges must thus be ramped up, especially in the context of supply chain disruptions.

The advanced economies must engage sincerely in negotiations on the temporary IPR waiver to enable the ramping up of manufacturing around the world. The postponement of the 12th WTO Ministerial because of the spread of omicron is exactly what should not be happening.

In ‘Our Common Agenda’, the UN Secretary-General, Antonio Guterres, described a scenario of perpetual crisis, where the social contract is eroded, international institutions are trapped in a cycle of underperformance, unilateralism is preferred over solidarity and there is not consensus on facts, science or knowledge.

The action to impose travel bans on Southern African countries precipitously and on the assumption that the virus emanated from the region, and other similar unilateral actions, take the world down that road of breakdown and perpetual crisis that the Secretary General warned about.