The Chinese Initiative That Could Be a Catalyst for Economic Recovery

The Chinese Initiative That Could Be a Catalyst for Economic Recovery

While China’s partners are still grappling with the ramifications of a health and economic crisis domestically, they should not lose sight of the strategic opportunities presented by the Belt and Road Initiative. With the epicentre of the novel coronavirus having initially shifted away from China and Southeast Asia towards Europe and the United States, it […]

Home|[in] focus|The Chinese Initiative That Could Be a Catalyst for Economic Recovery
Categories: [in] focus 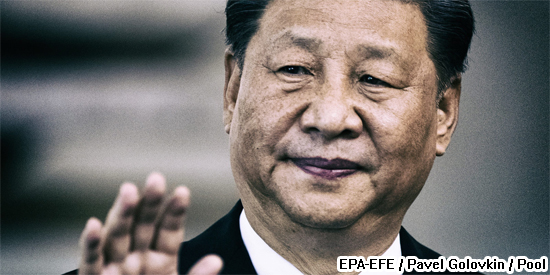 While China’s partners are still grappling with the ramifications of a health and economic crisis domestically, they should not lose sight of the strategic opportunities presented by the Belt and Road Initiative.

With the epicentre of the novel coronavirus having initially shifted away from China and Southeast Asia towards Europe and the United States, it moved towards South and Central America at a time when the previous hotspot areas were grappling with ways to safely reopen their economies.

The global leadership of the US and the European Union (EU) is under growing pressure to demonstrate collective leadership and solidarity at the very moment when the transatlantic partnership is under severe strain. Serbia recently chastised the lack of solidarity shown by members of the EU, stating that it could only rely on China for assistance in these difficult times.

These challenges are compounded by a rise in populism and economic nationalism across the Atlantic, which may have an impact on global value chains as the US and some of its partners increasingly discourage their companies from producing goods and services in China. The geopolitical ramifications of Covid-19 will be felt for many years to come.

Having made commendable strides in its fight against the spread of Covid-19 within the country, China has turned its attention towards demonstrating visible solidarity in global efforts to quell the spread of the virus. However, it is also having to adjust to a geopolitical environment that has seen the pandemic being politicised, resulting in the country finding itself on the receiving end of an anti-China sentiment fuelled by an increasingly confrontational diplomatic landscape drawing the geopolitical battle lines for a post-Covid-19 global order.

These tensions came to the fore at a recent meeting of the World Health Assembly, which saw Australia leading a call for an investigation of China’s handling of Covid-19, particularly the level of transparency in the early stages of the outbreak. While this proposal was not adopted, the meeting did agree to an independent inquiry of the global response coordinated by the World Health Organisation. This proposal was also supported by China with a further pledge of $2-billion towards efforts to tackle the pandemic and its consequences.

While China’s partners are still grappling with the ramifications of a health and economic crisis domestically, they should not lose sight of the strategic opportunities presented by the Belt and Road Initiative (BRI). While the momentum of China’s BRI will initially be affected by the global pandemic, the initiative arguably gives China an important strategic mechanism to engage a post-lockdown global landscape facing a serious economic slowdown only overshadowed by an even greater ecological crisis.

In recent years, commentators sought to compare China’s Belt and Road Initiative to the Marshall Plan, also known as the European Recovery Programme. This US-led programme provided much-needed aid to a Europe that had been devastated by World War II. Now that the world is in the midst of a truly global war against an invisible enemy, global powers will find themselves under pressure to rebuild or create a new economic and political order post-Covid-19.

Among the major powers from the global North and South, the BRI remains the most ambitious and universal of initiatives, and its importance will be accentuated in a post-Covid-19 international order in need of new development paths and resources. It may thus act as an important post-Covid-19 economic stimulus for beneficiary countries, but will also confront several challenges from an increasingly confrontational and unrestrained US.

As the post-Covid-19 global landscape takes shape, some of the trends that were underway prior to the pandemic have been accelerated by Covid-19. Thus, while the US is blaming China, the Trump administration had already been taking a hardline position towards China in the trade war and on other multilateral fora.

This follows previous years of concern from the US and its traditional partners on cyber and economic espionage by China, which has led to accusations of intellectual property theft negatively affecting the relationship. This geopolitical cleavage is set to grow even further if Donald Trump is re-elected. However, even if he is not re-elected, the recent Pew Survey on US attitudes towards China shows a growing negative sentiment, from both Democrats and Republicans, a trend that has been accelerated by the continuous attacks from the White House. This shows that even if former vice-president Joe Biden is elected, he will govern over a country with deep-seated distrust and negative sentiment towards China, limiting the extent to which he would be able to normalise relations.

Chinese decision-makers will thus have to navigate an increasingly competitive geopolitical terrain. However, Europe is not necessarily united in its relationship with the US and China, which provides an opportunity for President Xi Jinping’s administration to strengthen ties with countries not following the hardline position of the US, which sees China as a strategic threat in its National Security Strategy of 2017. China may thus seek to invite individual European countries into greater involvement in the Belt and Road Initiative. Within this landscape, Europe may find itself increasingly seeking to play a stabilising role between China and the US to prevent a more serious confrontation similar to previous periods that witnessed an ascending power having difficult relations with a status quo power.

No grand strategy, no matter the material resources dedicated towards it, is complete without a comprehensive set of ideas and vision for the future. In this regard, closely accompanying the BRI has been the ideational push by China to “Build a Community of Shared Future for Mankind”, which holds that despite differences across nation-states, civilisations, and various societies, the destiny of humankind is intertwined. This idea emphasises the need for global cooperation at a time of growing unilateralism, while again emphasising the importance of respecting the principle of sovereignty and the coexistence of different political and cultural systems.

This ideational aspect of the Belt and Road Initiative will be equally important for China in its attempts to shape a post-Covid-19 geopolitical landscape in the face of a narrative and economic assault by a US administration emphasising economic nationalism instead of multilateralism. Despite the diplomatic setback following reports of the ill-treatment of African migrants in Guangzhou, China will continue to seek to consolidate its relations with Africa and the global South through a variety of economic and diplomatic tools, despite the availability of fewer resources due to Covid-19.

African countries and others in the global South would do well to not get easily sucked into the geopolitical faultlines, but must seek to ensure strategic autonomy in engaging proactively with China, the US, the EU, Russia, and other external powers seeking opportunities presented by the continent.

At a time when countries are still at different stages of opening up their economies, the BRI is likely to see a greater push towards cooperating in health and digital technology in the short term, which would be followed by the planned infrastructure projects in the medium and long term. In line with President Xi Jinping’s announcements during the second Belt and Road Initiative Forum in 2019 about the need for quality projects and greater involvement of the private sector, the initiative is likely to continue the push to open up further to international partners. It will also encourage a greater role for the private sector to complement the existing role of state-owned banks and enterprises in China, while inviting non-Chinese private sector companies to partner on projects along the BRI. This will be important in the long-term sustainability of the BRI. Such an approach may even keep the door open for the participation of the private sector in countries with hostile governments.

One could thus still imagine the eventual involvement of US companies even under a hostile administration as they seek to advance their own economic interests in a post-Covid-19 landscape.

African countries and others in the global South would do well to not get easily sucked into the geopolitical faultlines, but must seek to ensure strategic autonomy in engaging proactively with China, the US, the EU, Russia, and other external powers seeking opportunities presented by the continent.

In this regard, African partners should continue to emphasise agreed-to priorities as articulated in Agenda 2063. This will mean addressing some of the weaknesses exposed by Covid-19 about the resilience of the global value chains. While efficiency was prioritised in the pre-Covid-19 economy, pushing producers to move production where it was cheaper, current dynamics have shown the fragility of global value chains despite their efficiency. African countries and regional bodies must thus use their engagement with the BRI to support regional value chains and manufacturing on the continent.

Some of China’s excess production capacity will continue to move abroad as the country places greater emphasis on encouraging domestic consumption and the manufacturing of high-tech products, and this will create opportunities along the BRI. However, with the pandemic having made all countries poorer with economic activity almost grinding to a halt, Africa will find itself competing with Southeast and Central Asia among other regions along the BRI. This may force the continent to work more coherently and strategically in ensuring that BRI projects act as catalysts for the building of regional value chains and creating more job opportunities on a continent projected to grow demographically to two billion people by 2050.

The BRI will be under pressure to also demonstrate that projects undertaken are sustainable and enhance the resilience of societies in dealing with impending health, economic and ecological crises, which can be addressed through supporting regional value chains. DM

Dr Philani Mthembu is co-editor of the recent MISTRA book on Africa and the World: Navigating Shifting Geopolitics, where his chapter focused on China’s Belt and Road Initiative and opportunities for Africa. He is also executive director at the Institute for Global Dialogue.