G20 – More Of the Same or Is Another World Possible?

G20 – More Of the Same or Is Another World Possible?

At the turn of the millennium, the clarion call of the global social justice movement was – Another world is possible! The 2008 global financial crisis was one of the bases for the formation of the Group of 20 nations, with its core task of stabilizing the global financial system- and save global capitalism from […]

Home|[in] focus|G20 – More Of the Same or Is Another World Possible?
Categories: [in] focus 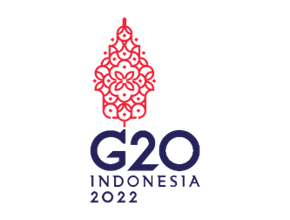 At the turn of the millennium, the clarion call of the global social justice movement was – Another world is possible! The 2008 global financial crisis was one of the bases for the formation of the Group of 20 nations, with its core task of stabilizing the global financial system- and save global capitalism from itself. Over the years major UN themes intersecting economics-trade and development have formed part of the G20 agenda, acknowledging that the global crises in the post pandemic work are multidimensional and intersectional.

The post pandemic world and the current war in Ukraine has engulfed the world in several headwinds with record high energy prices, inflation, supply chain challenges and the climate crises. For South Africa and the African continent, it seems more of the same. As nations prepare to meet again for the 13th annual G20 summit in Indonesia, let us unpack South African and African priorities at the G20 – and the realpolitik reality.

South Africa’s priorities in the G20

South Africa’s participation in the G20 is premised on addressing the triple challenges of poverty, inequality and unemployment, including on the African Agenda, anchored in multilateral institutions, with the United Nations (UN) at the centre

1.South Africa will continue to prioritise the urgent priority of providing affordable access to life saving vaccines in Africa and in the entire developing world. In addition, to the provision of these vaccines the capacity of developing countries and regions to build the requisite industrial capacity to produce vaccines remain critical, including through a temporary waiver on TRIPS.

However, the reality is that at the WTO Ministerial Conference MC 2022 in June, the issue of Covid Intellectual Property IP waiver was not formally agreed and a watered-down version that left the Developing South without any firm commitments was adopted.

2.South Africa will also propagate for the imperatives of technology transfer, in line with the Addis Ababa Action Agenda on Financing for Development. There will also be focus on the need to reflect the language on public goods in the G20 to cover a broad array of issues, including on the need for equity as far as vaccine distribution and production in countries, are concerned.

3.A further priority for South Africa and developing countries is on the debt and liquidity challenge confronting low-and middle-income countries. It would therefore, be important that the G20 keep this situation under review, including the Debt Service Suspension Initiative (DSSI) and Special Drawing Rights (SDR) allocation and provide the necessary support for countries to deal with this challenge.   There is also a need for the G20’s continued support for the Initiative on Supporting the Industrialisation in Africa and the least developed countries (LDCs), the G20 Africa Partnership, the Compact with Africa (CWA) and the commitment to addressing illicit financial flows.

4.On trade, South Africa is of the view that balanced discussions on trade and investment require an appreciation of the importance of industrial policy for development.

The reality is that South African agricultural produce is stuck at ports across the EU, with a range of punitive EU trade laws-barriers preventing SA citrus products from entering EU, thus denying SA revenue and costings jobs. Meanwhile the mass dumping of poultry from many EU nations and Brazil, are damaging our local industry.

5.On climate change, South Africa will continue supporting language on the principle of Common but Differentiated Responsibilities, which is recognised in the 2030 Agenda for Sustainable Development, the Paris Agreement under the United Nations Framework Convention on Climate Change (UNFCCC), including in the previous G20 Leaders’ Summit communiqués.

A good case in point is the G7 Just Transition Partnership – effectively an expensive loan agreement, which was foisted on South Africa at the UN COP 26 by the US-EU-UK. Since the war in Ukraine, these northern nations have re-commenced their own oil explorations, coal, nuclear and gas productions to serve their own national energy and industrial needs. South Africa seems to have been fooled into this green energy discourse, without actually prioritizing its own energy, mining and industrial development.

What is clear is that South Africa’s foreign policy approach – with a begging bowl mentality to the G7, G20 and WEF summits in Northern capitals is unlikely to yield any substantial developmental outcomes in a post Covid world.   With the current war raging in Ukraine with its multifaceted headwinds of inflation and high energy costs, the unfair burden that Africa bears, and double standards of Northern nations regarding climate change pathways are pushing African nations into an old colonial style role of provider of minerals and energy to the North. Time is running out for Africa’s industrialisation priorities. Alternative economic and political paradigms rooted in national development are required, if another just world can be possible at all.

Mr. Ashraf Patel is the digital data and economy associate at the IGD. His research is also supported by the National Institute for Humanities and Social Sciences (NIHSS) and the South African BRICS Think Tank (SABTT). Mr. Patel’s views do not necessarily reflect those of the IGD