Can Asean Play a Leading Role in Resolving Myanmar’s Crisis?

Can Asean Play a Leading Role in Resolving Myanmar’s Crisis?

On the 02 March 2021 representatives from the Association of Southeast Asian Nations (ASEAN) member states convened a meeting to discuss the situation in Myanmar following the 1st of February military coup where Myanmar civilian government was toppled by the military junta. The outcome of the meeting did not deviate from the bloc’s traditional response […] 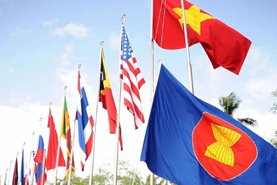 On the 02 March 2021 representatives from the Association of Southeast Asian Nations (ASEAN) member states convened a meeting to discuss the situation in Myanmar following the 1st of February military coup where Myanmar civilian government was toppled by the military junta. The outcome of the meeting did not deviate from the bloc’s traditional response of non-interference, they strongly encouraged all parties concerned to seek a peaceful solution, through constructive dialogue, and practical reconciliation in the interests of the people and their livelihood.

While the situation in Myanmar continues to unfold, Indonesia’s former Foreign Affairs Minister Marty Natalegawa views the Myanmar crisis as a litmus test for ASEAN. The crisis poses a challenge to the ASEAN diplomatic convention of non-interference and its values on resolving issues through mutual consensus. With the current situation escalating in Myanmar, the question is how far the regional bloc will continue to abide by these conventions.

The continuation of human rights abuses and killing of the protesters by the military junta paints a grim picture of how the situation could greatly deteriorate into a civil war if an amicable solution is not quickly sought. Intervention from the United Nations is highly necessary but for the intervention to materialize and build a pathway for constructive dialogue and peaceful solution between the military junta and the National League for Democracy (NLD), ASEAN needs to be at the forefront to lead the international intervention.

Though it might not be possible for the regional bloc to break away from its fundamental principle without compromising the  right of every State to lead its national existence free from external interference, subversion or coercion, ASEAN can no longer afford to avoid internal matters of its member states especially when it comes to the issues of human rights, in this case, the killing of Myanmar civilians. These directly and indirectly affect the whole region, thus it can no longer be treated purely as internal problems with people escaping from Myanmar to find refuge in the neighbouring countries  While this does not mean the regional bloc will have to abandon its founding values and principles which kept the region united for the past decades, it means that it is time for ASEAN to evolve, to take into consideration the future and relevance of the bloc amongst the people of its member states and internationally.

The responses to the  Coup by some ASEAN member states; Indonesia, Singapore, Malaysia, on an individual level, urging for the return of the civilian government and the release of Aung San Suu Kyi,  provides a positive gesture that it is high time for ASEAN to play a leading role in resolving conflicts that are internal to its member states. According to the ASEAN Human Rights Declaration enshrined in the ASEAN Charter, it reaffirms the respect for and promotion and protection of human rights and fundamental freedoms, as well as the principles of democracy, the rule of law and good governance. The military junta in Myanmar are currently in violation of this declaration and suppressing the rights and freedom of the Myanmar people. To this date, it is reported that more than 300 people have been killed as the military continues its offensive against the protesters

What ASEAN can do, is to seek for ways to open channels for a dialogue between the military and the civilian government, but to first release the NDL officials who are arrested. It is for ASEAN to seek ways to end the crisis, this might be a difficult task since there’s no unity within member states on how to move forward in dealing with the current Myanmar situation, as it is the case in finding a regional solution for the Rohingya people or the South China Sea.

However, failure to take meaningful action, as echoed by the Singaporean Foreign Minister Vivian Balakrishnan, would starkly underscore the regional bloc’s lack of unity, and undermine its credibility and relevance as an organization. Asked on what concrete steps could ASEAN take in order to address the Myanamar crisis, Balakrishnan conceded that reconciliation in the face of a worsening political situation lies within Myanmar itself and in the hands of its people, although there is also the believe that ASEAN must demonstrate its ability to reach a common position on developments right within its own region.

Mr. Kenny Dlamini is a Research Officer at the Institute for Global Dialogue associated with UNISA. His views do not necessarily reflect those of the IGD