Brief Reflections on Alexander V Lukin’s Article, “The Theory Of Universal Racism As a New Version Of American Cultural Dominance”

Brief Reflections on Alexander V Lukin’s Article, “The Theory Of Universal Racism As a New Version Of American Cultural Dominance” 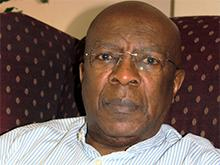 It is heartbreaking to witness an esteemed academic engage in an act of public unclothing that leaves him shorn of any intellectual respectability. The author of the article, Alexander V Lukin, is the head of the International Affairs Department, and head of the International Laboratory on World Order Studies and Regionalism at the National Research Institute/Higher School of Economics in Russia.

You would be forgiven if you thought that with this illustrious academic background, Lukin would subject his thinking to a more rigorous analysis than displayed in the article. To express such flawed thinking to the public, in such a brazen fashion, is an act of intellectual self-immolation or suicide.

The article is replete with misunderstandings, misinterpretations and misrepresentations that suggest either a lack of knowledge of the subject he is engaging or willfully dispensing uninformed views or ill-considered opinions. In this short retort, I wish to only focus on a few egregious misrepresentations.

Alarmingly, there is no evidence in the article that suggests that Lukin has a firm understanding of what racism is. By and large, the article focuses on various efforts to oppose racism which, in his view, are simply wayward and a form of racism themselves.

It is important to note that these protests are not racism, rather, they are reactions and it is profoundly wrong to equate them to the injustice, or put directly, evil that caused them to occur in the first instance. Had the author known what racism is, he would not have committed such gross misrepresentations.

Parenthetically, Lukin’s general critical approach to racism in the US, for example, can be likened to denying that serfdom existed in Russia under czarist rule and opposition to serfdom was therefore ill advised. This kind of logic would lead to the denunciation of the Russian Revolution which in its ranks also had individuals who held views that were not in alignment with Vladimir Lenin’s conception of communism. Dissidents invariably ended up in prison, assassinated or exiled. These sanctions were indisputably extra severe but the point here is that in the case of the US, the different tendencies within the opposition to racism or white supremacy are not accorded a more sober assessment by Lukin.  The Black Lives Matter movement, which has now garnered widespread support especially among young people from different backgrounds, has generally impacted on big business and spurred political activism. Juxtaposing the BLM with the so-called All Lives Matter is specious in the extreme. The BLM movement grew out of a very specific set of circumstances traceable to slavery and the persistent structural and systemic problems that many have come to recognize and seek to eradicate.

So, what is racism and what are its foundations.

First, for purposes of brevity, let’s start with the slave trade: a cruel system of trading in human beings as if they were commodities. Over the years there has been a broad consensus that refers to the system of slavery as the ‘original sin’; an implicit, if not explicit, acknowledgement that such inhuman treatment of fellow human beings was/is immoral, and therefore unjust. Alex de Tocqueville in his 19th century sojourn in the United States noted the contradictions between the ideal of equality, for example, embedded in the constitution and the disenfranchisement of a large segment of the citizenry.

Second, the American Civil War which caused the deaths of thousands of lives and loss of limb and property was fundamentally about opposition to slavery. Slavery was justified by a socially constructed white supremacy ideology that relegated blacks to an inferior socio-economic status accompanied by a brutal regime of physical and psychological torture. The culture of the oppressive plantocracy had to be defeated as part of the commitment to the claimed ongoing project of creating ‘a more perfect union’. It is important to note that the plantation economy, based on slavery, became the cradle of immense capital formation derived in large part from free slave labor toiling in the cotton and tobacco plantations.

Third, with the moral or scripturally-based justifications of slavery becoming weaker and challenged by abolitionists and the Quakers, it became increasingly necessary to fortify the legitimacy of slavery through means other than those that were mainly religious; a transition that facilitated the elevation of racism from being a facile ideology to a ‘theory’ by positing that the superiority of whites and the inferiority of other races was science-based. Racism became formalized through the dubious scholarship of the eugenicists (otherwise dubbed, the pseudoscience movement) who crafted a scientific schema of the hierarchy of races that would be handy in the allocation of rights and privileges according to location on the hierarchy. The research hubs were in vaunted institutions such as Harvard, Stanford, Yale and the University of Virginia. Research collaboration between US and German scientists that spread pernicious racist scholarship thrived in the late 19th and early 20th centuries. In Germany some of these ideas were implemented in the Nazi pogroms.

Fourth, the Civil War which was about the emancipation of slaves was followed by the Reconstruction period. Even though short-lived, the Reconstruction period represented an epochal moment wherein for the first time the formerly enslaved people could exercise their right to vote, resulting in representation in local, state and federal legislatures, and the emergence of largely small but successful businesses.

Fifth, tragically, this brief moment of freedom was followed by the so-called Redemption which ruthlessly sought to restore the glory of the defeated South. Otherwise known as the Jim Crow era, the Redemption moment saw the rise of the KKK, lynchings, the systematic destruction of emergent black businesses, and general discrimination in education, the labor market—in many instances sanctioned by the judiciary.

It was not until fifty-years later that the 1954 Supreme Court decision declaring the ‘separate but equal’ doctrine that justified school segregation as unconstitutional, the 1964 Civil Rights and the 1965 Voters Rights Acts ushered in another respite. This moment of relative progress on the civil rights front was quickly interrupted by reversals of some of the early achievements. Presidential campaigns of Republican aspirants were coded with slogans that evoked deep-seated racial prejudices. For example, Richard Nixon used the so-called ‘southern strategy’, Ronald Reagan used the mystical ‘dawning of America’ metaphor while George HW Bush wielded the horrific specter of a black man (Willy Horton) who was on furlough when he allegedly raped a white woman. Currently, Trump’s slogan “Make America Great Again”, is the latest manifestation of the see-saw pendulum that has marked the tortuous racial history of the United States for the last four centuries. The coded language was intended to ignite latent racial prejudices or racism.

And then, crucially, the 1967 Kerner Commission established during President LB Johnson to investigate the urban uprisings in American cities that had just occurred concluded that “White racism is essentially responsible for the explosive mixture which has been accumulating in our cities since the end of World War II.”

The above account provides a brief picture of the long history of white supremacy and racism in the United States and various efforts to end it. The point is that, if Lukin had made a modest effort to read the research and the abundant literature that is available he would not have declared that white racism is non-existent; and through some twisted logic, uninformed by verifiable evidence, declare that “black racism is much more widespread and gaining momentum.” Further, to declare that ‘affirmative action’ is ‘reverse racism’ betrays the level of ignorance and a cheap purchase of the language of die-hard right wingers who are opposed to any meaningful progress in race relations. Lukin is simply parroting this virulent denialism. By the way throughout modern history, white supremacy in all its manifestations, legal and otherwise, has been nothing less than the application of affirmative action in favor of whites. That is what racially discriminatory laws were/are about; they were/are designed to deny equal opportunities to blacks in particular and people of color, more generally.

If Lukin understood and was knowledgeable about the nature of white superiority and racism he would not have made such statements. There is something very twisted or profoundly illogical in equating opposition to a system of oppression to what prompted the opposition in the first place.

In conclusion, it bears stressing that unlike racism, anti-racism is neither a theory nor an ideology. Anti-racism is in opposition to racism whose pernicious effects are amply documented. Put differently, anti-racism is therefore the antithesis of racism; it has a strategy and tactics to combat racism and that is what is happening in the US, UK, and globally in the present moment. Even individuals or entities in politics, business, cultural and sporting fields are acknowledging the harm wrought by racism and other associated prejudices and putting their money where their mouths are.

It is totally incorrect to position anti-racism as anything close to a “theory of universal racism” in new clothing intent on advancing “American cultural dominance”. It is true that the US has been a hegemon for the better part of the post-WWII era, but it has not adopted an anti-racism foreign policy so far (in fact the Trump administration is deeply implicated in the promotion of illiberal ideas and in alliance with authoritarian regimes to an unprecedented degree) and unlikely to have one in the near future. Uninformed advocacy of this kind can be likened to pamphleteering rather than serious scholarship.

Racism is a phenomenon that is not confined to social relations but most importantly permeates the entire social/human ecosystem (e.g. economy, culture, sports, arts and of course politics). It follows then that societies that are infected by the white supremacy virus (ie racism) will pursue international relations policies infused, explicitly or implicitly, by the ideology. It has now become an open secret that Russia has become a benefactor of far-right and racist political movements around the globe. Most of the active intelligentsia and intellectuals still allowed to operate within state apparatuses promote the distorted world-view of the far right; the prevailing foreign relations paradigm is infected with this ideological orientation. Lukin’s article should be understood in this context.

Nikolay Zackarov’s Race and Racism in Russia (2015) is worth reading as it sheds light on race relations in Russia. It is only one among many other narratives that details the suffering of black Russians and other minorities.

Mokubung Nkomo is a retired professor who has published research on equality in education in academic journals, and authored, edited and co-edited numerous books over the last four decades. His views do not necessarily reflect those of the IGD.