Revisiting Democrats in Search Of a Post-Trump Foreign Policy

Revisiting Democrats in Search Of a Post-Trump Foreign Policy

The June 3, 2020 edition of Foreign Policy carries a thoughtful critique of presumptive Democratic presidential nominee Joe Biden’s foreign policy perspective developed over his long years of Senate career, including as chairman of the US Senate Relations Committee. Titled, “Biden Resists Move Left on Foreign Policy, “its author, Colum Lynch contends that “though he’s […]

Home|[in] focus|Revisiting Democrats in Search Of a Post-Trump Foreign Policy
Categories: [in] focus

by REVISITING Democrats in Search of a Post-Trump Foreign Policy

by REVISITING Democrats in Search of a Post-Trump Foreign Policy 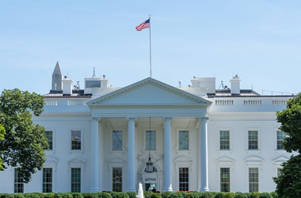 The June 3, 2020 edition of Foreign Policy carries a thoughtful critique of presumptive Democratic presidential nominee Joe Biden’s foreign policy perspective developed over his long years of Senate career, including as chairman of the US Senate Relations Committee. Titled, “Biden Resists Move Left on Foreign Policy, “its author, Colum Lynch contends that “though he’s eager to accommodate Bernie Sanders’s base on domestic issues, the presumptive Democratic nominee is still seen as a man of the past by progressives.” Why this observation is noteworthy is due to the budgetary implications of Biden’s commitment, if elected, to implementing a Franklin Delano Roosevelt type presidency aimed at effecting a massive post-coronavirus economic recovery. Indeed, according to a recent New York Magazine analysis (11 May 2020), Biden intends going beyond FDR. To pull off an FDR Plus recovery he will have to have a Democratic-led Senate as well as Democrats retaining control of the House of Representatives. Senate Republicans are already resisting yet another stimulus to alleviate budget crises facing state and local governments impacted by the Covid-19 pandemic which could well cost more than 200,000 deaths by the time the election rolls around on November 3rd. The point, however, is how such a domestic agenda is going to factor in US foreign policy and national security priorities accompanied by a massively out of balance Pentagon budget. This asymmetry, in turn, begs questions of American geostrategy which would have to reflect any serious accommodating of budget implications of FDR Plus domestic spending; that is, bearing in mind that the world’s other major powers are also facing serious Covid and post-pandemic economic recovery adjustments. Who can really afford international geopolitical adventures? Hence, the need for a geostrategy of transitioning from competitive geopolitical power jockeying to one of entrenching international cooperation in a pluralistic world order. Pluralist internationalism if you will.

These dilemmas facing a possible Biden presidency is the reason why IGD thought it timely to re-issue DEMOCRATS IN SEARCH OF A POST-TRUMP FOREIGN POLICY: Toward a UN-Centric World Peace-’Rebuilding America’ National Security-Domestic Renewal Paradigm? Originally published at the beginning of 2019 and later republished on the website of the Washington, D.C.-based Center for International Policy, it was intended to imagine what a post-Trump calculus might have to reflect in a revamped foreign policy in terms of Trump’s deconstructing of the liberal internationalist status-quo from the far right. Now, we also have to factor in the coronavirus pandemic, adding more pressure for major policy and strategy revision which has inspired IGD’s new ZOONOTICA think piece series. Hence, IGD revisits this occasional paper as a complement of that series as the US moves toward the November election. It was prepared by Senior Research Fellow Francis A. Kornegay, Jr. as a jumping off point for further analysis as events unfold. Should Trump win re-election, god forbid, that will require a sequel.

Mr. Francis Kornegay is a Senior Research Fellow at the Institute for Global Dialogue. He is also a member of the JIOR international editorial board and a past fellow of the Woodrow Wilson International Center of Scholars where he worked on his edited work, Laying The BRICS of a New Global Order (2013). Kornegay holds Masters Degrees in African Studies from Howard University and in International Public Policy from the School of Advanced International Studies at Johns Hopkins. Kornegay served two stints in the US Congress as a professional staffer, among other things, developing financial sanctions legislation on South Africa. His latest co-edited publication is Africa and the World: Navigating Shifting Geopolitics (Mapungubwe Institute for Strategic Reflection, 2020).