The Internet Governance Forum (IGF), a UN endorsed mutli-stakeholder governance forum had its annual conference in Berlin from 25-29 November 2019. The backdrop came at a challenging period for multi-lateralism, with globalists pitted against a rise in economic nationalism. The internet and digital economy discourse again was a contested space at the IGF, whose relevant […] 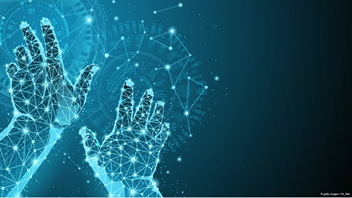 The Internet Governance Forum (IGF), a UN endorsed mutli-stakeholder governance forum had its annual conference in Berlin from 25-29 November 2019. The backdrop came at a challenging period for multi-lateralism, with globalists pitted against a rise in economic nationalism. The internet and digital economy discourse again was a contested space at the IGF, whose relevant and apt theme was One World, One Vision , One Net.

The UN Secretary-General Antonio Guterres also refers to the UN as the ‘appropriate platform where all relevant actors can meet to address such global challenges’. This could be indicative of how the IGF’s future role and functions may be shaped. German Chancellor Angela Merkel , in her opening address, stressed the benefits of the Internet, and the strategic relevance of the physical infrastructure which enables the flow of data and information, connecting continents and regions. Her reflections focused on the issue of digital sovereignty, and the risks of protectionist approaches and challenges of big tech. Referring to technological developments, she reminds us that although something is technologically feasible and possible online, this does not mean it is ethically desirable.

Merkel sees the global digital policy process as shifting rapidly. Describing this change as a ‘reordering of Internet Governance’, she echoed Guterres’s reference to the UN as a home for reorienting global Internet policy. For instance, the EU’s  General Data Protection Act (GPDR) digital privacy  law is seen as  a major regulatory model for much of the world  caught between the US ‘free market’ model of Big Tech giants of Google, Amazon and Facebook  and monetisation of data, vs the Chinese model of state led tech national champions Alibaba Tencents etc who are going global, and the backdrop of the US-China trade wars.  Much will depend on how discussions on the future role of the IGF will continue to form in the coming years. Some of the new institutional innovations of the IGF is the move towards a so called IGF Plus, with support mechanisms such as a policy incubator highlighting that self regulation as a mode of managing policy in any context is not viable.

International Telecommunications Union (ITU)  General Secretary Houlin Zhao argued for a more robust policy framework, located within international norms and the family of the UN such as that offered by the ITU, which seems a more sustainable, inclusive and democratic model, that can ensure Internet for societal good and move towards the attainment of UN ideals such as the UN Declaration of Human Rights (UNDHR) and the UN Sustainable Development Goals (SDG’s).

The internet as a vast social economy economic ecosystem and a force for ‘public good’ has come into sharp focus at the IGF2019, especially against the background of the dominance of Big tech, privacy violations, ad-tech monetization, misuse of data during elections, rise of extremists abuse of social media and lack of a global  Access for All   agenda.  These many fault lines characterised the internet debates in Berlin.  For instance, Time Berner Lee, one of the webs founders has launched a new ‘Contract with the Web’, a nine point plan to ensure internet serves the public good and is not hijacked by narrow, parochial corporate and state interests. Privacy is a recurring concern, even more so when we’re discussing advanced technologies. The apparent conflict between security and privacy is complicated by approaches to data protection. But how far should regulation go?

Promoting the IGF model in national contexts in Africa was tackled in an open forum of the African Union Commission. African countries face many challenges in their efforts to participate in global Internet governance in context of the African Continental Free Trade Agreement (AfCFTA), where an emerging digital trade and digital industrialization agenda is being debated.

Privatisation and Sale of .Org domain to venture capital as a bellweather test case

Perhaps one of the highlights and controversies of the IGF in 2019 was the debate on the sale of the .Org domain system hosted by Internet Society ISOC to a private equity firm Ethos capital for $ 1 billion dollars. Access Now, a global NGO fighting for digital rights was vocal on the opposition to the sale of .Org domain, citing the various privacy concerns of global civil society and labour groups, and the lack of transparency on this mega deal, ironically concluded by ISOC, a nonprofit entity.

Perhaps this case aptly symbolized the deeper challenges, fissures and contestations of Internet Governance in the 21st century

Is another World and just Internet possible?   Possibly, but for now internet governance navigates the stormy seas of geo-politics.