The Fourth Industrial Revolution: Impact on unemployment and inequality in South Africa

The Fourth Industrial Revolution: Impact on unemployment and inequality in South Africa

The Fourth Industrial Revolution (4IR), a concept reconstructed by Founder and Executive Chairman of the World Economic Forum, Prof Klaus Schwab, elucidates the increasing merger of technology with the physical and biological spheres, thus indefinitely altering how humans interact with their surroundings and amongst themselves. This phenomenon has subsequently been placed  at the centre of various economic […] 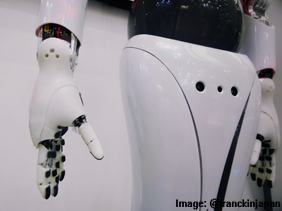 The Fourth Industrial Revolution (4IR), a concept reconstructed by Founder and Executive Chairman of the World Economic Forum, Prof Klaus Schwab, elucidates the increasing merger of technology with the physical and biological spheres, thus indefinitely altering how humans interact with their surroundings and amongst themselves. This phenomenon has subsequently been placed  at the centre of various economic and political agendas. South African President, Cyril Ramaphosa, in his 2019 State of the Nation Address (SONA), emphasised the urgency of equipping the nation for the fourth industrial revolution and the necessity to adapt and embrace the various opportunities it presents. However, according to Prof Schwab “organizations might be unable to adapt; governments could fail to employ and regulate new technologies to capture their benefits; shifting power will create important new security concerns; inequality may grow; and societies fragment”. This commentary piece seeks to provide an overview of the fourth industrial revolution from a South African perspective and its impact on the country’s biggest challenges of inequality and unemployment.

The establishment of the Presidential Commission on 4IR was announced in the SONA (2019).  The commission consists of thirty members comprised of prominent individuals from various sectors with relevant knowledge and skills to advance the nation’s 4IR mission. New partnerships such as the African Fourth Industrial Revolution Centre (SAFIRC) to be hosted by the Council for Scientific and Industrial Research (CSIR) will equally serve to strategize, plan, create and regulate policies towards advanced 4IR technologies in the pursuit of national and pan-African development objectives. Despite the optimism portrayed by the current government on 4IR, potential for disappointment especially for the poor and unemployed youth is irrefutable. The commitment to generate over two million jobs in ten years through government and private sector cooperation as stated at the SONA (2019), was ostensibly contradicted in his 25 years of democracy speech at the University of Johannesburg when President Ramaphosa informed the nation to brace themselves for mass job losses and furthermore acknowledged the lack of progress by government in job creation.

South Africa’s total unemployment rate recently reached 29.1%. However, when factoring in discouraged job seekers and the economically inactive population the number escalates to nearly 40%. This is especially severe when factoring in that over 50% of the youth are unemployed. Approximately ten million people are unemployed, seven million are actively seeking employment and about three million are unemployed, despondent and stopped seeking jobs. The majority of South Africans (mainly black) are impoverished and the inequality gap has significantly increased since 1994. The top 1% controls 70% of the country’s wealth, leaving the bottom 60% with only 7% of the wealth. Rural areas, townships and informal settlements occupied predominantly by poor black people have less or no infrastructure, meaning electricity and access to technological resources amongst other services are a challenge. Competition for resources and increasing marginalisation of the poor has resulted in cases of social unrest, which manifest in forms of violent protests and xenophobic attacks amongst other imminent issues.

The large scale retrenchments in the banking sector serve as one of the first and major examples of 4IR’s implications on human labour in South Africa. In March 2019, Standard Bank announced a closure of 91 branches nationwide and in June 2019, the number had increased to 104 branches closing and the loss of 1200 jobs. In July, Nedbank announced an estimate of 1500 job redeployments or retrenchments, while Absa is in the process of restructuring its operations processes. In September 2019, the Johannesburg Labour court interdicted what would have been the biggest bank strike since 1920, led by the The South African Society of Bank Officials (Sasbo), the Finance Union supported by the  Congress of South African Trade Unions (Cosatu) – who are equally threatened as human labour becomes obsolete in some areas. The strike was expected to have 30 000 to 40 000 participants.

According to the World Bank, South Africa’s net wealth distribution is one of the most unequal in the world. Though South Africa – alongside Kenya and Nigeria – has been globally recognised as an emerging technological hub with the potential to transform and increasingly integrate their society with the rest of the world and benefit from 4IR, a quarter of its population (13.8 million) is living below the poverty line at less than R19 a day which does not cover basic food and certainly not other living expenses. A people centered development approach and public participation towards building social and human capital is vital. The empowerment of people through skills and access to resources in different sectors will enable their economic participation and curb the impact caused by fading jobs and slow economic growth. A response mainly from government at this pivotal moment is crucial as President Ramaphosa stated that “the promise of our nation’s birth will forever remain unfulfilled” if the country fails to adapt and not take advantage of the 4IR.

Ms. Makhethe Makamase is a Research Assistant at the Institute for Global Dialogue (IGD) associated with UNISA. Her views do not necessarily reflect those of the IGD.