American foreign policy must revert back to Roosevelt’s United Nations (UN) founding as the old/new reference point for future directions in 21st century Grand Strategy, both foreign and domestic. This is accompanied by urgent return to Eisenhower’s ‘military-industrial complex’ prescience as a means of rebalancing the national budget to enable a return to Roosevelt’s UN […] 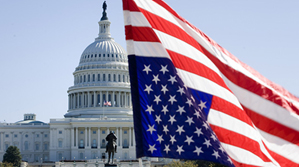 American foreign policy must revert back to Roosevelt’s United Nations (UN) founding as the old/new reference point for future directions in 21st century Grand Strategy, both foreign and domestic. This is accompanied by urgent return to Eisenhower’s ‘military-industrial complex’ prescience as a means of rebalancing the national budget to enable a return to Roosevelt’s UN vision in arriving at a sustainable United States (US) foreign policy-national security strategy promoting a sustainable world peace-based order of which America’s domestic renewal agenda becomes foremost beneficiary. As such, a Roosevelt-Eisenhower cross-partisan nexus could serve as the basis for imagining a conceptual and policy-political framework reviewing basic assumptions underpinning US foreign relations in terms of questions of global leadership. The basic prevailing assumption is or has been hegemonic American global supremacy aka ‘Full-Spectrum Dominance’ – Pax-Americana if you will. The position taken here is that such a posture is patently unsustainable with destabilizing implications for America internally and in the world alike.

Any notion of transforming US foreign policy and national security strategy will have to revert back to two former Presidents’ ideas as departure points for remapping the way forward. Because of the Republican and especially right-wing hostility to the United Nations (UN), there is a tendency to forget that the UN is one of the enduring post-war legacies of Franklin Delano Roosevelt (FDR). Roosevelt’s death in 1945 cut short his navigating the geopolitics of the fledgling UN regarding his ‘Four Policemen’ – plus France, which he reluctantly included at the behest of Winston Churchill – as guarantors of post-war peace. The four + 1 became the ubiquitous UN Security Council (UNSC), the P5. Fourteen years later, as President Dwight David Eisenhower bid farewell to the White House, he presciently warned the nation to beware the Military-Industrial (Congressional) Complex. Of course, Eisenhower’s warning went unheeded in the rapid evolution of a post-war US foreign policy and cold war-shaped national security strategy integrating the arms industry into America’s economic and strategic calculus.

Over the years, the literature on the control of the defence industrial sector over much of the US economy while influencing its foreign policy priorities, has been so prolific and voluminous to require no elaborating. However, the hegemonic pride of place ‘national defence’ spending occupies in US budgets has to be integral to any serious discourse over fiscal and monetary considerations informing stimulus-deficit equation debates. This is where Eisenhower’s ‘military-industrial complex’ has always loomed as ‘the Elephant’ in the room in perennial budget and spending debates in Washington with implications for every administration’s room for manoeuvre on domestic and foreign policy national agenda priorities.

Fast forward, the American Supremacist Assumption is accompanied by such mind-set reinforcements of a simplistic binary nature: ‘good guys vs. bad guys’; ‘winning vs. loosing’; ‘rising vs. declining’; ‘dominance vs. weakness.’ Within this mind-set, America is always ‘rising’ instead of ‘declining’ while ‘winning’ with the ‘good guys’ in cowboys and Indians fashion. The US thus continues exercising ‘dominance’, lest it be seen as acquiescing into ‘weakness’ – a string of mindless simplicities reinforced in American mainstream and much of global media, always preoccupied by who is ‘up’ or ‘down’ in global power sweepstakes. This preoccupies the thinking of American politicians in both parties. Hegemony is taken for granted. This zero-sum mental map presuming American dominance has tended to operate as a serious psychologically conditioned political and intellectual constraint against critically rethinking an American global posture and approach in relating to international actors.

American tendencies toward unilateralism, with its essentially isolationist implications as opposed to multilateralism, naturally flows from this supremacist mind-set. So much so, its interventionist outcomes in quagmiring American troops in overseas misadventures come as a given. Yet there is that constant refrain of how America intends not to be ‘The World’s Policeman’! And why not, when Roosevelt intended for there to be Five ‘policemen’? Obviously, the Soviet-American cold war and its US-Russian post-cold war confrontational aftermath problematizes Roosevelt’s aspirational posse assumptions justifying the UNSC P5. But is this the justifying rationale for the US alone as the world’s sole ‘policeman’? The emergence of China overtaking Russia as peer competitor of the US and Beijing’s ambivalence about global leadership adds yet another complicating dimension in reviving Roosevelt’s vision.

The fact that the Trump administration is sending America and the world back to late 19th or early 20th century Great Power geopolitics as prelude to decades of internationalized European Civil War further problematizes a presumed ‘policeman’ role for the P5. But does it, or should it, rule out such a role when not only does Washington constantly fall back on not being the world’s ‘policeman’ refrain, but the American public has become increasingly anti-interventionist? If the US is ever to fully live up to this ‘not the world’s policeman’ refrain, this necessarily carries with it national budget implications. This, in turn, inevitably brings to the fore how much ‘national defense’ subtracts billions, if not trillions, from domestic renewal. If one then adds the GOP fixation on mega-tax cuts for the wealthy, then, between military Keynesianism and tax-cutting ‘stimulus,’ is it any wonder where America is headed in national debt-deficit trap terms as America’s population ages and as the US must compete in an ever more competitive global economy? Hence, an urgent need to revisit Eisenhower’s ‘military-industrial complex’ warning.

In an era of accelerated western relative decline, Pax-Americana is unsustainable. Hence, the only logical US and global recourse is to that perennially imperfect UN and its outdated UNSC that was dreamed up by FDR but quickly overtaken by events rendering it a far cry from what Roosevelt had in mind in ‘policing’ the world. However, a future US president could do worse than return to the UN and its Security Council as the point of departure for more extensive global governance systemic reform. This could take the form of a future US administration initiating a NATO-Shanghai Cooperation Organization (SCO) east-west security dialogue. Underpinned by such an engagement, a Washington-initiated annual rotational UNSC Heads-of-State P5 Summit chaired by the Secretary-General and devoted to common global collective security threats could possibly begin institutionalizing a collegial rapport on cooperative initiatives at the highest level among these central powers.

Since expanding the P5 is a pipe dream, the US could also promote a 5-year rotational echelon of emerging powers on the UNSC along with the current two-year rotationals. But arriving at a more realistic reflection of the changing multipolar distribution of power at the UNSC level would only be the tip of the ice-berg in transforming Pax-Potomaca into Pax-Turtle Bay at the apex of a more globally federalized UN-centred world order. A back-to-the future US post-Trump agenda should prioritize rapidly transitioning towards a UN-led World Peace Multilateralism for Global Climate Defence!

Francis A. Kornegay, Jr. is a Senior Research Fellow at the Institute of Global Dialogue associated with UNISA, a member of the JIOR international editorial board and Global Fellow of The Wilson Centre in Washington. The views expressed are those of the author and do not represent IGD/Unisa policy