How can India stop Racism against Africans?

How can India stop Racism against Africans?

In order to fight racism, we first need to acknowledge that it exists

Not even a year has passed since Congolese resident M.K. Oliver was murdered that reprehensible attacks on African students in India have resurfaced. What has changed in this past year? Not much, I argue. People persist in their prejudice and misconceptions while the government continues to toe the same line on the denial of racism in these crimesi. 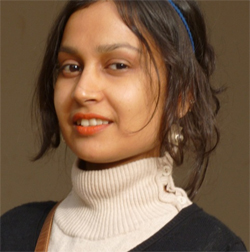 No response by the government can be effective as long as it fails to take the victim’s narrative into account. The perpetrators of the crime and the host-country cannot be the sole and deciding voices on what is racism and what is not. Belittling and brushing aside racism and xenophobia as disparate incidents of urban crime is a denial of justice and violation of the human rights of the victims. Urban crime cannot be an alibi of racism and the two are not forcibly delinked. Why would groups of individuals and mobs think of deriding law and deliver mob-justice? What would be the diplomatic repercussions had the victims been white men from the West? These crimes are telling of the inefficiency of the institutions responsible for law and order in the country and the National Human Rights Commission, inconspicuous by its silence.

This article demonstrates that people’s prejudice coupled with the government’s response, quick in words but slow and insufficient in action gives rise to a sense of impunity while remaining ineffective in tackling racist perception of Africans in India. The government needs to begin with recognising these crimes as racist and xenophobic as has been voiced by the official statement of African envoys in India. It needs to then formulate a comprehensive response to these crimes by dismantling ill-conceived and prejudiced images at both the State and the people’s level. India’s relations with Africa were founded on principles of anti-colonisation and anti-racism. Today, India puts people to people contact as the basis for a long-term relation between its people and those from Africa. It is high time that the words were matched by committed actions on the ground.

Time to recall history and walk the talk on India’s commitment to anti-racism and the cherished notion of vasudhaiv kutumbakam, ‘the world in one family’. India has seen a rise in incidents of racism by its citizens against foreign nationals, especially Africans, in recent timesii. This exposes a gap between the ideals and practice of foreign policy and its communication to the people of India.

The government positioning on the denial of racism stands in contrast to the historic relations between India and Africa founded on the tenets of anti-colonialism and anti-racism. Moreover, the government’s stand risks jeopardising India’s growing relations with Africa in the field of trade, technology and human resource development. India’s trade with Africa has grown from $1 billion in 1990-1991 to $ 71 billion in 2014-2015iii. The approximate number of Africans in India (about 40 000 of which most (25 000) students) is relatively very smalliv. Yet, these small numbers are significant for the growing relations between India and Africa. The Indian government has been announcing scholarships, grants and credit lines for Africa in the backdrop of the India-Africa forum Summitsv vi. In spite of these efforts to woo Africa, the government is in denial of racist attacks against Africans in Indiavii.

Add to this, stereotyping of Africa is common. These stereotypes are constructs of an economic hierarchy coloured in racist hues. African countries are often insidiously used as a metaphor for under-development. And Africans in India are associated with “debased livelihood means” such as “drug-peddling and prostitution”. The most recent attack against Nigerians in a satellite town of the national capital, New Delhi is a case in the point. Locals without any legal evidence accused that the death of an Indian teenager by drug overdose was caused by his five Nigerians neighbours selling him the drugs.

The government’s efforts to enhance relations between India and the African continent are not met with a complementary effort to educate people on co-existence and multiculturalism. The Incredible India campaign cannot be limited to attract tourists alone; there are foreign nationals of different hues and colour in India who are here to study and earn a living just as many Indians residing in different parts of the world do. In the wake of the recent attacks on Africans in India, the official denial that such acts are racist hampers efforts to tackle the problem. This, plus the fact that the perpetrators act in mobs regardless of the law is a major cause for their recurrence.

A parallel can be drawn between the recent mob attack on Nigerian students and the mob attack against African students in the Delhi metro in 2014viii. A crowd chanting nationalist slogans circled the students. The ostensible reason for the attack was that the African males had misbehaved towards an Indian woman commuter, even though the police have no register of such a complaint.

Another attack on a young Tanzanian woman student in Bangalore allegedly happened under the watch of a police constable who did nothing to stop itix. She was stripped by a mob that sought justice for a road accident in which a Sudanese national’s car ran over a local woman. For one, in India we need to understand that Africa is a continent not a country.

The Indian government is largely in denial when it comes to racism. Refusing to acknowledge the racism and projecting the incidents as simply cases of urban violence means they are unlikely to prick at the conscience of Indian society, as they should.

In the wake of the recent attacks against Nigerians in the satellite town of Greater Noida, booking the perpetrators was left to the jurisdiction of the government of Uttar Pradesh. Given the recurrence of racism, swift action would have called for a direct implication of the national police and the Ministry of External Affairs. Meanwhile, the African envoys to India representing their people rightfully rose to condemn the insufficient response by the India government. The government, on its part has been denying racism and insisting on the completion of the inquiry into the incident before any pronouncements are made. In that case, in order to address the concerns of Africans in India, the government should seek to communicate what is its plan of action to determine whether a crime is racist or not. Two, in view of the recurrence of attacks against Africans and their accounts on racism in India, the government should first itself refrain from making outright denials of racism before the inquiry concludes. It could make a statement that in empathy with the concerns of the victims it does not deny the possibility of racism in these events even though the inquiry to ascertain facts is still underway.

In May 2016, the government was spurred into action but only after African diplomats reacted to the murder of MK Oliver, a Congolese studentx. The Indian Minister of State (External Affairs) sought to personally meet members of the African communities and strong police action against the culprits was assuredxi.

And the Ministry of External Affairs and the Ministry of Home Affairs launched a series of racism sensitisation programmesxii in neighbourhoods where most African citizens reside. This was a step forward, but more needs to be done. The recurrence of racist attacks against Africans, the recent statement by African envoys claiming insufficient response by the Indian government and an absence of any visible positive feedback from African students in India, all point out that these programmes have been short-term measures at best without any follow-up by the government. Moreover, a neighbourhood tainted with racist violence is likely to instigate either an exodus of African students from itxiii or act as deterrent to new arrivals. Racism and racist violence are not limited to Indians who live in close proximity to African citizens. Africans in India have recounted the racism they face at every walk of their lives in India.

What needs to be done

India’s Ministry of External Affairs and the Ministry of Home Affairs need to make a concerted effort to sensitise the police and the public about how racism contradicts India’s past and present ideals.

One way to do that is to inform Indians about how Indians and people of Indian origin are able to live peacefully and prosper in Africa and other parts of the world.

In addition, the Ministry of External Affairs should have a department dedicated to addressing breaches of human rights against foreigners in the country. And appropriate and corrective laws should be passed and enforced to combat acts of racism.

Indian NGOs also have a role to play. They can take cue from their counterparts assisting distressed Indians in foreign countries, a role recognised by the Indian Ministry of External Affairsxiv. Those working in human rights need to speak out against discrimination and racist violence and provide positive action and legal support to the victims. They could also lead community awareness programmes against racism and push for adequate legislation, drawing on the Durban Declaration and Programme of Action (2001)xv.

As most Africans in India are students, (about 25 000)xvi, the Ministry of Human Resources needs to drive campaigns against racism on campuses. Educational institutions in India should be told about the importance of scholarship programmes for Africans. Efforts should also be made to educate Indian students about the Africa.

African students should be given appropriate lodging and boarding facilities in and around the campus or in the vicinity of other students’ residences instead of being confined to a few “African” neighbourhoods. Such geographical demarcations increase the risk of alienation and stigmatisation.

There is a role for governments too. Unlike colonial relations of exploitation, the tenets of South-South Co-operation emphasise mutual respectxvii.

Indian ministries and the media should not restrict themselves to running headlines on the millions of dollars India allocates to Africaxviii.

The fact that Africa contributes to growing the Indian economy should also be given attention. For example, lines of credit benefit India by creating markets for private and public Indian companies. This is because they come with the condition that 75% of goods and services are sourced from Indiaxix.

The private sector, given its considerable interests in Africa, also needs to take a lead in showing the continent’s worth to India. Such efforts are important in dismantling fallacious notions of hierarchy and superiority, which the booming Indian economy seems to bring.

And African countries must push for equality as the building block of co-operation. Anti-racism should be reiterated at the commencement of the India-Africa summits and should be set to stone in the form of appropriate treaties.
Indeed, anti-racism still remains one of the founding ideals of South-South Cooperation. For long, racism has been considered as a phenomenon outside the ambit of the Global South. The moment is ripe to stand up against racism prevailing within its societies. Imperialism left the subjects with little or no agency. Today, the Global South is confronted with its own agency, both constructive and destructive. An ill-informed, deep-set idea of nationalism can be corrosive to international co-operation. The narrative of South-South Co-operation would do itself good by extending its principle of equality to the equality of people on the ground drawing on the Declaration of the 2030 Agenda for Sustainable Developmentxx.

Pooja Jain is adjunct professor at Sciences Po, Paris, and visiting fellow at the Institute of African Studies at EHESS, Paris.

This article was originally published The Wire. https://thewire.in/121156/how-can-india-put-an-end-to-racism-against-africans/