Trump: A New Climate of Doubt

Trump: A New Climate of Doubt

The election of Donald J. Trump cast a long shadow over recent negotiations at the Marrakech Climate Change Conference (COP22). This blog post assesses the new climate realities of a Trump presidency, the potential consequences for the Paris Agreement, and the on-going climate actions of U.S. corporations and citizens. The post also considers the opportunities left for China, the world’s largest emitter of greenhouse gases, and lingering questions concerning the future role of the U.S. in climate diplomacy.

Home|[in] focus|Trump: A New Climate of Doubt
Categories: [in] focus 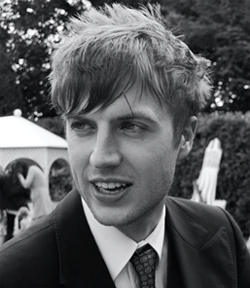 Donald J. Trump’s victory in the U.S. presidential race has thrown a spanner in the works of international climate negotiations, which were already under pressure to deliver on ambitious decarbonisation goals. Whilst a Trump presidency is an unexpected setback in implementing the Paris Agreement, it is no reason to divert attention away from one of the century’s greatest challenges – the consequences of which stretch far beyond a presidential term.

As negotiators at last week’s Marrakech Climate Change Conference (COP22) continued their work to realise the ambition of the Paris Agreement, an existential threat loomed large on the horizon: President-elect Donald Trump.
With 2016 set to be the hottest year on record, global temperatures measuring 1.2°C higher than pre-industrial levels and extreme weather exerting considerable socio-economic losses in many regions of the world, the threat of climate change has never been greater. The most recent analysis from the World Meteorological Organization (WMO), The Global Climate in 2011-2015, highlights the increasingly observable linkages between human-induced global warming and extreme weather events.

In light of this, the concern voiced at Marrakech is real. The President-elect has done little to hide his disdain for environmental legislation. In the run-up to this year’s election, Trump went in the face of the scientific community to oust climate change as a hoax dreamt up by the Chinese, vowed to dismantle Obama’s Clean Power Plan, and promised his supporters to revive coal mining. Whereas this delighted mining states such as West Virginia, coal industry executives who have witnessed decades of decline due to environmental concern, increasing automation, and cheaper alternatives, such as natural gas, offered a decidedly more muted response (Krauss and Corkery, 2016).

Trump vs. the Paris Agreement

During his election campaign, Trump vowed to repudiate the Paris Agreement as soon as possible. Although recent comments have once again shed doubt on this pre-election pledge, there is still little to suggest he will do otherwise now elected.

Technically speaking, the U.S. could immediately withdraw from the 1992 UN Framework Convention on Climate Change (UNFCCC) that the Paris Agreement is meant to help implement. Diplomatically, this would place the U.S. as an outlier state, running against the grain of all other member states of the United Nations (UN). However, this is theoretically possible within a one-year timeframe of Trump taking office. Additionally, as the Paris Agreement lacks both an enforcement mechanism and sanctions, there is little other nations could do if the U.S. reneges on its Nationally Determined Contributions (NDCs) to curb emissions (Dingwerth, 2016) – even though some voices in Europe, including the French ex-President Sarkozy, proposed an EU-wide carbon tax on U.S. goods. Nevertheless, the Paris Agreement itself requires a four-year withdrawal process, ushered quickly into force by President Obama earlier this year. Even if Trump were to issue an executive communication to remove the U.S. from the Agreement, the U.S would still be bound to procedural commitments for the coming four years (Chemnick, 2016).

Down, But Not Out

Whist the incoming Trump administration places a considerable hurdle in the way of reducing global emissions, it would be wrong to write off the potential for climate action in the U.S. An ever increasing number of American citizens, at least 70%, recognize that climate change is real. Importantly, climate action remains the great involver, requiring bold participatory efforts from states, counties, cities, business, and individuals in unison (Arndt, 2016). Trump may fail to play ball, but this will not impede the actions of others. Indeed, many cities, businesses, communities, and individuals have already concluded that reducing emissions is in their self-interest. Major U.S. companies, and household names, such as Walmart and Microsoft, amongst others, have made recent and considerable efforts to scale up renewable energies. Walmart plans to power 50% of its operations from renewable energies by 2025, and Microsoft secured its largest wind-power purchase to date in order to run its power-thirsty data centres in Cheyenne, Wyoming (Philips, 2016). Apple already announced in 2015 that 93% of its energy came from renewable sources, and innovations by Elon Musk’s SolarCity and Tesla Motors are both providing glimpses of an increasingly affordable low-carbon future. That said, for the majority of companies, it is in their self-interest conditional on renewable subsidies that are federally determined, or based upon renewable portfolio standards defined at the state level. Although Trump cannot unilaterally cut renewable subsides, as Congress determines the budget, he has the potential to dramatically alter the low-carbon landscape.

Others have also hedged their bets on climate action.

In a bizarre sideshow to negotiations in Marrakech, it was left to China’s Vice Foreign Minister, Liu Zhenmin, to inform the absent President-elect that climate change was, rather than being a Chinese hoax, an issue originally put on the global agenda by the Intergovernmental Panel on Climate Change in the 1980s, supported by both Ronald Reagan and George H. W. Bush (Hilton, 2016).

With China’s 13th Five Year Plan unveiled in 2016, it is apparent that China’s leadership has singled out low-carbon technologies as the future, not simply in terms of manufacturing, but also for future innovation. In 2015, China invested $102.9bn in renewable energy and installed half of the world’s new wind power. Although China still faces many country-specific challenges (including a high dependence on coal), renewables, hydro and nuclear power are beginning to translate into a tangible decarbonisation pathway, yielding a 0.5% reduction in CO2 emissions in 2016 (Hilton, 2016). Against a backdrop of slowing economic growth, described as China’s ‘new normal‘ by Premier Li Keqiang, Chinese structural transformations can be interpreted as a shift towards a new development model, which places greater emphasis on a better quality of growth that is both more sustainable and inclusive.

Ultimately, as displayed throughout the election campaign, Trump is capable of turning on a sixpence. Whilst he will need to demonstrate symbolic victories over the Obama administration to his electoral base, in reality it may prove much easier to tear up domestic executive orders such as the Clean Power Plan than face the international community as a whole (Ram Bhandary, 2016). The lingering question now at the international level is what role the U.S. will or won’t play, and exactly how other countries will respond. In his latest sound bite, the President-elect said that he is keeping an ‘open mind‘ on pulling out of the accord. The effects of climate change won’t wait for him to decide.

William Hull is a PhD candidate at the Graduate School of Global Politics (GSGP) at Freie Universität Berlin and works with the Berlin-based think tank adelphi. The original article was published as part of the Blog Series of the Berlin Forum on Global Politics on the 29th November 2016. The views expressed are those of the author, unless stated otherwise.