The Rise of Populism: Challenge to Democracy or Refuge of the Unheard?

The Rise of Populism: Challenge to Democracy or Refuge of the Unheard?

Recent years have been marked by a deepening crisis in established democracies. In the United States the take-over of the Republican Party by Donald Trump has brought about a melt-down of the political culture and defied much analysis about Hillary Clinton winning a historic election in a much divided country. Indeed Donal Trump is now the President elect of the United States of America, the world’s only military superpower.

Home|[in] focus|The Rise of Populism: Challenge to Democracy or Refuge of the Unheard?
Categories: [in] focus 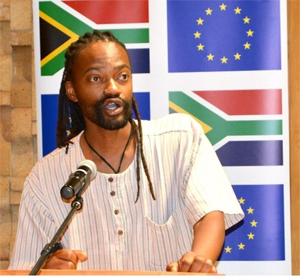 He’s been swept to the White House and left many onlookers, pollsters and mainstream media in the United States and across the world baffled. Trump’s campaign went against the Republican, Democratic, News media, and economic establishment to win the White House.

In Europe the financial and the refugee crisis as well as the Brexit decision have destabilized the political order. On both sides of the Atlantic we witness a backlash against globalization due to growing inequality, stagnating wages and a widespread sense of insecurity. Similar challenges can be identified in South Africa for example those arising from inequality, migration, economic stagnation, unemployment and the inability to meet popular expectations. With populism on the rise across the world, will it reinvigorate the democratic project or does it pose a threat to the future of democracy?

In Europe, for example, the system of representative democracy is coming under strain and the rise of far right movements and parties continues to exacerbate these pressures. Thanks to social media and powerful tools of self-expression and political mobilization, people are more inclined to take direct political action as they lose patience with the authorities. In South Africa, one needs only to take a closer look at the #FeesMustFall movements through which students have taken a battle for what they view as a more equitable and just society to the streets.

The fact that in a globalized world many decisions affecting citizens are no longer taken on the national level but shaped by international developments further undermines the credibility of traditional representative politics. Following the 2008 financial crisis economies globally are grappling with low growth and unemployment.

Such developments have brought about the rapid rise of populist movements, some from the left and some from the right of the political spectrum. This may have positive aspects as it can bring new ideas, new energy and more people into the political process. However, there are significant downsides as history is filled with negative examples of populist parties using a crude division between “us” (the people) and “them” (the established elite) to ascend to power. Claiming absolute moral superiority, they have often rejected the legitimacy of the opponent and are often inherently opposed to compromise. These trends may importantly highlight the deficiencies of the democratic process which need to be overcome through a greater responsiveness from the state, greater participation in the democratic process, and more transparency to overcome lingering socio-economic problems.

The EU Inspiring Thinkers debate series in collaboration with the Institute for Global Dialogue and the University of South Africa held a multistakeholder public dialogue on the day of the US elections on the implications of these global trends. It was evident from the discussions that unfolded that it is not enough to simply brand social discontent as populist without addressing the root causes of the discontent, which differ from country to country. The election of Donald Trump will send shockwaves throughout the world with consequences yet to be known, and it would be wise for societies across the world to have open, genuine discussions on its implications by acknowledging that populism is a warning sign that the status quo is not working.

Dr. Philani Mthembu is Acting Executive Director of the Institute for Global Dialogue and Co-founder of the Berlin Forum on Global Politics. His views are his own unless otherwise stated.