Climate Finance: Shifting for a Fix

Climate Finance: Shifting for a Fix

Climate finance proved to be one of the trickier points to navigate during the UN Climate Change Conference in Paris (COP21). The Paris Agreement, although making significant strides forward in securing reliable, transparent and scaled-up climate compatible financial flows, falls short of delivering binding climate finance commitments. In this blog post the complexities of climate finance are discussed, along with the next steps in the build-up to the Marrakesh Climate Change Conference (COP22) later this year.

Home|[in] focus|Climate Finance: Shifting for a Fix
Categories: [in] focus 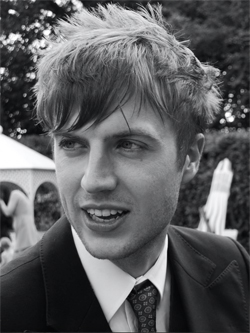 Climate finance, as defined by the United Nations, ‘refers to local, national or transnational financing, which may be drawn from public, private and alternative sources of financing’ (UNFCCC, 2014). Climate finance is crucial in the fight against climate change, as large-scale, and often upfront, investments are required to reduce greenhouse gas (GHG) emissions and adapt to the adverse and multifaceted effects of climate change.

The complexities of climate finance are, however, difficult to comprehend without first understanding the ‘common but differentiated responsibility’ principle, cited in the 1992 Rio Declaration. In historical terms, this principle acknowledges that developing and developed nations have contributed differently to global environmental problems. Additionally, due to disparities in economic and technical capacities, developing and developed nations are characterised by differences in the ways in which they can cut their GHG emissions and adapt to the implications of a warmer planet (CISDL, 2002).

In this sense, climate finance is crucial for developing nations to make the transition to a low-carbon economy and prepare for the impacts of climate change. To tackle emissions across an array of carbon-intensive sectors, large upfront investments are required, whilst locking in resilience, in other words the socio-ecological capacity to absorb the external stresses imposed by climate change, to future climate risks that disproportionately take their toll on developing nations (Roberts and Weikmans, 2015).

In this vein, climate finance has been fiercely debated since the conception of the UN Framework Convention on Climate Change (UNFCCC) in 1992.
The debate has somewhat intensified in recent years, especially in the wake of the 2009 Copenhagen Summit (COP15), although reference to financial assistance for developing nations has been central to negotiations from the very outset.

The Copenhagen Summit set the ball rolling for short- and long-term climate finance for developing nations, culminating in a pledge by developed nations to jointly mobilize US$100 billion a year by 2020. In truth, however, the pledge, announced by Hillary Clinton, was partly to salvage a conference that had failed the hopes of many. In any event, the figure of US$100 billion a year by 2020 made it into the resulting Copenhagen Accord signed by 25 nations, although, importantly, this was not legally binding (IIED, 2010).

What does the Paris Agreement do for climate finance?

Fast-forward to the Paris Agreement in 2015 and, in terms of climate finance, the agreement did deliver significant progress in several areas.
To realise the aims of the agreement, countries will need to implement their National Climate Plans (INDCs) and increase their ambition to maintain temperatures below 2° C, whilst pursuing a more ambitious goal of 1.5°C in the coming years (Thwaites et al., 2015). This is by no means an easy feat. The key for achieving these aims lies ultimately with reliable, transparent and increasing flows of financing.

Thankfully, the Paris Agreement did deliver in these areas, albeit without being legally binding. Article 9 of the annex of the agreement encourages developed countries to mobilize climate finance from a wide variety of sources, stressing the significance of public funds. Additionally, developed countries are expected – at least on a voluntary basis – to disclose and communicate information on their climate finance, thus making inroads to improve transparency (Paris Agreement, 2015).

Accessing climate finance: the road ahead

Access to financing remains a sticking point. For developing countries to tap the necessary funding, there first needs to be a greater understanding of exactly how the UNFCCC’s funding mechanism – the Green Climate Fund (GCF) – operates. Essentially, accessing the resources required to finance adaptation and mitigation projects from the GCF is only possible through specifically accredited GCF institutions (Kandel, 2016). Accreditation has been established to ensure that the selected institutions in developing countries are capable of meeting the fund’s financial management requirements and environmental and social safeguards (IIED, 2015). In some countries, therefore, it is essential that the nationally designated authority responsible for the GCF selects national institutions for accreditation. Obviously, this needs to be done effectively and efficiently in order to mobilise finances as quickly as possible.

Meeting ambition is the next greatest step. Climate finance needs to be accessible, predictable and, importantly, increasing in the years to come, if nations are to meet the ambitious decarbonised path put into motion by the Paris Agreement. This will require improved cooperation between countries to provide financial roadmaps and targets in line with pledges made to mitigate GHG emissions. In addition, there will need to be technical support for developing countries to accurately determine future financial needs and, moreover, that the climate finance provided is channelled appropriately and transparently. In essence, this will require the submission of regular reports and a clear accounting framework in order to ascertain the status of climate finance flows (Thwaites, 2015).

The Paris Agreement sets out new opportunities and pathways for climate finance, but these need to be fleshed out and confirmed at the Marrakesh Climate Change Conference (COP22) in November later this year.

The jigsaw pieces are falling into place, the puzzle is yet to be solved.

William Hull is a PhD candidate at the Graduate School of Global Politics (GSGP) at Freie Universität Berlin and works with the Berlin-based think tank adelphi. The original article was published as part of the Blog Series of the Berlin Forum on Global Politics on the 4th July 2016. The views expressed are those of the author, unless stated otherwise.

• CISDL (2002). The Principle of Common But Differentiated Responsibilities: Origins and Scope. http://cisdl.org/public/docs/news/brief_common.pdf