The Tribunal Ruling Against China over SCS: So what?

The Tribunal Ruling Against China over SCS: So what?

The Permanent Court of Arbitration under the United Nations Convention on the Law of the Sea recently made a ruling on a South China Sea (SCS) case brought by Philippines, disputing Beijing’s historical claims and exclusive rights and control of the SCS. The tribunal declared that although Chinese navigators and fishermen, as well as those of other states, had historically made use of the islands in the South China Sea, there was no evidence that China had historically exercised exclusive control over the waters or their resources. So what does this mean for the future of the SCS?

Home|[in] focus|The Tribunal Ruling Against China over SCS: So what?
Categories: [in] focus 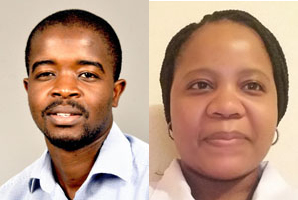 The SCS dispute is a historical issue where China claims sole territorial sovereignty on the disputed islands and waters. China’s claims, however, clash with a number of states such as the Philippines, Vietnam, Malaysia, Singapore, Brunei, Indonesia and Taiwan. These states too claim legal sovereign rights over the disputed islands. This issue not only affects claimant states but the Southeast Asia region, as it had brought division in the regional community, the ASEAN.

For decades, there have been discussions and agreements between the Association of Southeast Asian Nations (ASEAN) and China on how to end the dispute and to create favourable conditions for mutual benefit based on the principles of the United Nation Convention of the Law of the Sea. Such agreements include the Declaration of Conduct (DOC) of parties in the South China Sea that was signed in 2002 which laid down the rules and behaviour of states in the disputed islands, promoting dialogue and diplomacy as mechanisms for resolving disputes and conflicts over SCS.

Notwithstanding the DOC, there has been an increase of animosity and lack of cooperation between China and other states around the disputed islands. This is because for a long time China resists settling the dispute through multilateral negotiations. But it consistently argued that it will only deal with the South China Sea dispute through bilateral dialogue with the claimant states. The Chinese government has always believed that the territorial issue will only be settled reasonably without any third party involved in the negotiation, fearing that the issue was being used by extra-regional powers as foreign policy tools in their competition for East Asia as a sphere of influence.

It was this perceived failure of the DOC to provide a satisfactory platform for resolving disputes to the satisfaction of smaller states that led the Philippines to take the matter to the International tribunal in The Hague — the Permanent Court of Arbitration. China objected from the very beginning, arguing that this move was in violation of the 2002 DOC which also stipulates that the dispute can be resolved through friendly consultations and negotiations by sovereign states concerned directly. However, the Philippines also gave the same argument about China violating the DOC by not exercising self-restraint and refraining from action of inhabiting on the presently uninhabited islands, reefs, shoals, cays. This led the Philippines in 2013, to institute arbitral proceedings against China under Annex VII to the United Nations Convention on the Law of the Sea.

The resolution of the tribunal

The Permanent Court of Arbitration (PCA) is an intergovernmental organization with 121 member states, established by the 1899 Hague Convention on the Pacific Settlement of International Disputes. Headquartered at the Peace Palace in The Hague, the Netherlands, the PCA facilitates arbitration, conciliation, fact-finding, and other dispute resolution proceedings among various combinations of States, State entities, intergovernmental organizations, and private parties. The PCA has so far administered 12 cases initiated by States under Annex VII to the United Nations Convention on the Law of the Sea.

The recent ruling in the South China Sea arbitration overwhelmingly backed the Philippines, ruling that rocky outcrops claimed by China – some of which are exposed only at low tide – cannot be used as the basis of territorial claims. The tribunal said some of the waters were “within the exclusive economic zone of the Philippines, because those areas are not overlapped by any possible entitlement of China”. In examining Chinese activities in the South China Sea, the tribunal furthermore found that China had violated the Philippines’ sovereign rights in those waters by interfering with its fishing and petroleum exploration and by constructing artificial islands.

As it was expected, China rejected the ruling, declaring it null and void and has no binding force. Thus, China neither accepts nor recognizes it.

Beijing had always argued from the beginning of the arbitration case that it neither accepts nor participates in that arbitration and has since repeatedly reiterated that position. This was also reiterated in the 2014 Position Paper on the Matter of Jurisdiction in the South China Sea Arbitration pointing out that the Philippines’ initiation of arbitration breaches the agreement between the two states, violates the United Nations Convention on the Law of the Sea (UNCLOS), and goes against the general practice of international arbitration, and that the Arbitral Tribunal has no jurisdiction.

Therefore, China will not recognise the outcome of the international tribunal court or any outside interference, in this case non-claimant states, as the dispute is between China and the Philippines. It also vows to take all necessary measures to protect its sovereignty over the South China Sea and said it had the right to set up an air defence zone.

Where to from here

While the judgement is expected to increase global diplomatic pressure on Beijing to scale back military expansion in the area, the Chinese President Xi Jinping said China’s “territorial sovereignty and marine rights” in the seas would not be affected by the ruling as China is still committed to resolving the dispute with its neighbours peacefully.

The down side of the ruling is that though it is binding the Permanent Court of Arbitration has no power or means to inforce it. The judgement creates an interesting scenario in the Philippines given the fact that there is a new government that has taken over from the one that took the matter to The Hague in the first place and this new government prefers a less confrontational approach to relations with China. The judgement will put the new Philippines President Rodrigo Durerte is a sort of a dilemma on whether to water down the implications of the judgement and stoke political fires domestically or insist on its implementation thus setting himself up for difficult relations with China, their biggest trade partners.

In efforts to limit the damage that the judgement may have caused, the Philippines have said that they “urge Beijing to exercise restraint and sobriety” in order to settle the dispute in a mutually beneficial outcome that will maintain peace in the region. This suggests that Manila will use the ruling as a stick to steer China towards a speedy peaceful resolution of the matter through diplomatic means. The judgement will hang over China as a major cost to its image and standing, but Manila will most probably pursue political dialogue over enforcement of the ruling.