25 May – Africa Day and the role of Afro-Brazilians

25 May – Africa Day and the role of Afro-Brazilians

Celebrating Africa Day on the 25th May continues to be a major challenge for Afro-Brazilians. After almost 500 years of forced migration (slavery), we have to admit that the majority of Afro-Brazilians do not know a lot about the African continent. Still mythical, idealised and romanticised perceptions of Africa persist in the minds of many in accordance with either their spiritual needs or need for political expediency. 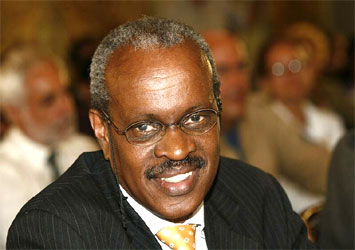 A clear part of that ancestral memory is unequivocal proof of the force originating in African culture. But, even so, this ancestral memory remains insufficient, both for the knowledge of the complexity of the African continent in the world today, and for the identification of ways and paths to exercise solidarity with our mother continent and their demands. The reasons for this are many and diverse, and among them is the well-planned and structured strategy of De-Africanisation (desafricanização) promoted by slaveholding colonisers, yesterday and today, who made and make use of sophisticated mechanisms in order to keep these ties severed. To this end, powerful institutions competed effectively, including the Catholic Church, which over the centuries robbed us of our original names, morally justified slavery, and demonised our cultural legacy, in particular the religions. All this, of course, under the aegis of the cruellest repression. In this sense, it is important to remember that, even today, we live and are considered as active and recalcitrant, for example the Neo-Pentecostal churches, who insist on pursuing, vilifying and demonising the religions of African origin, if not the very African origin, in order to discredit and discriminate against their descendants. Unfortunately, they have counted for this purpose, with the support and cooperation of the structures and institutions of the powers that comprise our Republic, i.e. the Executive, Legislative and Judicial Branches.

Despite this, important steps are being taken in the path of overcoming these ignominies. Internally, many achievements have been reached, such as: the recognition of the Quilombo territories, and the implementation of affirmative action policies with emphasis on the dimensions in higher education and the inclusion of the history of Africa in the curriculum of basic education. Externally, the Brazilian state sought to rehabilitate and expand its relationship with the African continent in the political, cultural, and economic fields, particularly during the administration of President Lula. Although timid and under harsh criticism from conservative sectors of Brazilian society, these initiatives indicate important advances. In the cultural field, for example, the creation of the University of International Integration of the Lusophone Afro-Brazillian (Unilab), has enabled the dissemination of knowledge and the exchange of experiences in an environment of respect for diversity and pluriculturalism (pluriculturalismo), inherent in the Community of Portuguese Speaking Countries (CPLP), thus constituting a new reference centre and integrating these countries by means of science and culture. Also in this field, the work done by the Ministry of Culture, in the management of the Minister Gilberto Gil, by means of the Palmares foundation, held and participated in dozens of events that have greatly contributed to cultural exchange, the exchange of experiences and the narrowing of these relations with the African continent.

In the economic field, from the inception of the IBSA Forum (India, Brazil and South Africa) and the mechanisms of approximation of BRICS countries (Brazil, Russia, India, China and South Africa), Brazil-Africa relations have gained a new dimension. In this context, the “new” global Brazil coincided with the “new” Africa that the African Union has longed for. These actions have not only brought about a significant increase of trade between Brazil and Africa (technical cooperation projects with 45 African countries and the expansion of investments by Brazilian companies in Africa from $6.1 to $28.5 billion dollars in the last ten years) but also more active Brazilian participation in the defence and solidarity of African demands on the international scene. In fact, it has been through the cultural and historic approach to the continent, going beyond language affinity of Lusophone countries that Brazil has tried to establish its relationship with Africa in recent years.

Today, if we think of expanding these actions the situation is critical and worrying in Brazil. There are major setbacks, since the government on call appears to have very little sympathy for deepening these relations. The first public manifestation of the new Minister of Foreign Affairs, José Serra, was the request for an assessment of expenses with the embassies of Brazil on the African continent, tallying 37, with the clear objective of reduction, not only in the number of these embassies, but above all the importance of the continent in external relations. Add to this the fragility of the democratic movement in Brazil today, and within it the weakness of the organization and mobilisation of the black movement, and we will find a culture that induces a setback in relations between Brazil and Africa, in the coming years. Given the current context, coupled with the ignorance that a large part of the leaders of the black movement have about the current situation on the African continent, it is safe to speculate that difficult times lie ahead.

In this sense, the greatest contribution that the Afro-Brazilians can make to the African continent at the moment is, on the one hand, seeking to strengthen the black movement (on this side of the Atlantic) with a clear and purposeful political agenda that consolidates the achievements obtained so far and that points to new paths of overcoming endemic racism that persists among us. On the other hand, pressing the Brazilian Government to strengthen its support for the agenda put forward by the African Union in international forums, namely, to ensure the unity and solidarity of Africa, the definitive elimination of colonialism, the sovereignty of African states and their economic integration, as well as political and cultural cooperation on the continent. Lastly, it should maintain and expand its relations with the African continent, both in the field and diplomatic corps in the field of business. Moreover, long live Africa and the African Union!

Zulu Araújo is Director General of the Foundation Pedro Calmon/Secretariat of Culture. He writes in his personal capacity and the views expressed do not necessarily reflect those of the Institute for Global Dialogue.