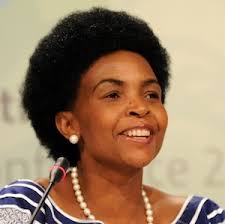 As in the case of many developing countries, South Africa and Colombia face the challenge of high unemployment rates. In hopes of curbing this challenge the Colombian government formulated the Productive Transformation Program (PTP) in 2007, partnering with 8 industries within the Private sector. The partnership would ensure that the business community and the government trains and educates the labour-force in pertinent skills and improves the regulatory environment in order to assist in the promotion of industries in foreign markets and lastly to develop the required infrastructure. Through the PTP 2.5 million jobs were created in the last four years, and the economic growth rate is at 5% per annum.

Colombia’s economic strategy emphasises the need for infrastructure development, through the expansion of transport infrastructure aimed at reducing travel time and cost. Therefore the Colombian government seeks to invest $25 billion in road infrastructure by 2021; building new highways that will reduce transport costs between mountainous cities and ports on the Caribbean and Pacific coasts. As a strategy to diversify its economy, Colombia is looking to establish itself as a gateway to Asia through the Pacifica Alliance bloc, therefore investments in ports as well as other forms of transportation are of great importance to the Colombian economy.

The main objective of the recent visit by South African Deputy Minister of International Relations and Cooperation, Luwellyn Landers, to Bogota, Colombia was to further strengthen relations between the two countries. South Africa and Colombia share commonalities, especially in terms of their development agendas, evident in the Rea Vaya Bus system modelled from the Colombian transport system as previously mentioned. Furthermore, relations between South Africa and Colombia are boosted by the presence of South African investments in Colombian industries such as Mining, Insurance and Beer Brewing. The South African visit to Colombia concluded with the signing of the Memorandum of Understanding on Political Consultations between the two states, this memorandum will play a momentous role in structuring the bilateral relations.

Ultimately, the expected establishment of a South African Embassy in Colombia may lead to closer and deeper cooperation from which economic lessons can be learnt, including in areas such as public development projects. This can be implemented, particularly in the areas of investment and infrastructure development within South Africa. Strengthened relations can also assist the South African government to find ways to curb the high unemployment rates, as partnering with the Private sector in Colombia has proven to be a success in creating more jobs and in turn improving the country’s economic transformation. Furthermore the adoption of the Rea Vaya Bus system could be expanded to other forms of transportation, connecting those in rural areas to urban centres. Through these initiatives, inhabitants of rural and isolated areas could access basic services and participate in economic activities in cities. On the contrary, Colombia could be further exposed to South African companies looking to invest in the growing jewel and gem industry in Latin America; transferring mining machinery and skills.