South Africa’s foreign policy: between idealism and the realpolitik of being an emerging power

South Africa’s foreign policy: between idealism and the realpolitik of being an emerging power

In an article written for Foreign Affairs in 1993, then ANC leader and soon to be President Nelson Mandela articulated the foreign policy position of the ANC in a post-apartheid South Africa. His forward looking description stated: “that issues of human rights are central to international relations and an understanding that they extend beyond the political, embracing the economic, social and environmental; that just and lasting solutions to the problems of humankind can only come through the promotion of democracy worldwide; that considerations of justice and respect for international law should guide the relations between nations; that peace is the goal for which all nations should strive, and where this breaks down, internationally agreed and nonviolent mechanisms…. That the concerns and interests of the continent of Africa should be reflected in our foreign policy choices…’

Home|Uncategorised|South Africa’s foreign policy: between idealism and the realpolitik of being an emerging power
Categories: Uncategorised 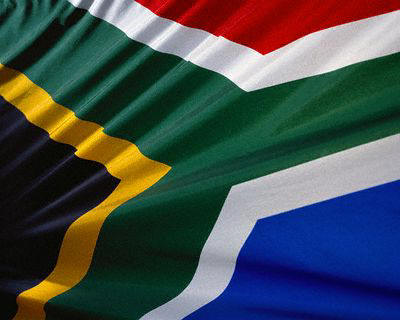 Since 1994, South Africa has played an increasing role on the continent and globally. It has twice been elected non-permanent member of the Security Council, is a member of IBSA and more recently BRICS, and has seen its role in the African Union and as a mediator and contributor to peacekeeping forces on the continent grow exponentially.

South Africa’s foreign policy can perhaps best be described as walking the tight wire between the expectations upon the country as a human rights leader (and the desire to play this role on the global stage) and the inevitable realpolitik of negotiating the shifting sands of a geopolitical landscape where power blocs are forming in new ways. Added to this South Africa’s own ambitions – as a leader in Africa, as an African leader globally – make its leaders choose their constituencies and positions on each issue carefully.

As its power and role grows, Pretoria’s priorities and foreign policy objectives have come under increasing scrutiny – and sometimes harsh criticism – including from anti-apartheid icon Archbishop Tutu who has questioned the country’s record while serving on the Security Council, pointing in particular to efforts to keep Zimbabwe off of the Council’s agenda. This criticism has been perhaps sharper as a result of the unique set of expectations South Africa was met with post-1994, a set of expectations that related to its own human rights past and a coming to power of a liberation party that produced 3 Nobel prize winners and the moral leadership of global human rights icons such as Mandela and Archbishop Tutu himself. The foreign policy of a democratic South Africa was presumed to be a reflection of leadership on human rights and social justice issues in particular. And it has been a set of expectations with which other emerging powers – Brazil, Turkey, India for example – have not had to contend.

While South Africa may sit uncomfortably in emerging power blocs such as BRICS, it shares a common desire with these states to reshape current global power dynamics, including through a push to reform the Security Council to a more representative and democratic body. This desire to reshape power dynamics and challenge the status quo has included questioning the very assessment of the use of human rights language selectively in shining a light on some situations but not others. Why it is, for example, that world opinion does not galvanize around human rights abuses in the Western Sahara or Guantanamo Bay in the same way that they do when established interests are at stake. In the annual Security Council debate on Western Sahara last year, South Africa’s ambassador accused the Council of double standards; contrasting the response to the Arab Spring with the refusal to allow a permanent rights monitoring mechanism in the region under discussion and accusing the body of a ‘selective approach to human rights’. This is in line with a more general criticism emanating from Pretoria that points to the practice of those who yield power in the international arena to use human rights as a tool to pursue national interests by successfully crafting the ‘right’ narrative in some situations while ignoring human rights in other situations.

This point serves to remind that there is no such thing as a ‘human rights foreign policy’ and certainly that evaluating foreign policy purely on a single issue is analytically flawed. It is more appropriate to provide a contextual analysis of the overall goal of a state’s treatment of human rights, acknowledging consistency where it exists but focusing on trends that may reveal priorities. This may help understand what the new global order may look like should emerging powers continue to grow in influence on the world stage.

Assessing South Africa’s foreign policy, particularly in relation to issues of war and peace, requires an appreciation that South Africa approaches its international relations through the lens of its own history of achieving a locally informed, negotiated solution where attainment of peace and justice were sought as mutually reinforcing imperatives. It should come as no surprise that in those cases where SA has been most harshly judged, it has pursued a policy of a negotiated solution. In Libya, although South Africa voted for both Security Council resolutions 1970 and 1973, the no-fly zone and the ICC referral, it continued to seek a negotiated solution in the context of an AU High Level Panel that it led. Similarly, in Syria, while its stance on the Security Council in 2012 was widely criticized, the approach rightly or wrongly reflected an ongoing effort to find negotiated solutions to seemingly intractable conflicts.

South Africa’s approach to the International Criminal Court shows how it attempts to balance the imperatives of different groups, its own human rights commitments and its pursuit of broader goals such as global governance.

In statements before the Security Council, the General Assembly and the Assembly of States Parties of the Rome Statute, South Africa has frequently stressed the importance of the fight against impunity and the significant contribution made by the ICC in strengthening accountability, encouraging other states to become signatories to the Rome Statute and highlighting those issues, such as funding and non-cooperation, which frustrate the work of the Court. At the same time South Africa has raised concerns about the broader politics of the ICC and the lack of consistency as posing a threat to the legitimacy and effectiveness of the Court itself and the intentions which underpin it.

South Africa has consistently supported the Court but has also called for a two track process in situations such as Darfur which would allow both for a judicial and accountability track as well as a political track to deal with the broader issues and eventually with sustainable and long term peace. It is in this context that it has called for an article 16 deferral with respect to the situation in Darfur. It also aims to respect regional efforts to resolve conflict.

The handling of relations with Sudanese President Bashir shows how tricky South Africa’s balancing act can be at times. While President Bashir was invited to the inauguration of president Zuma in 2009, he was also reportedly advised through diplomatic back channels not to attend and later advised that an arrest warrant had in fact been issued and would be served should he arrive on South African soil.

This solution would allow SA to stand by its obligations, note the independence of its own judiciary as well as maintain diplomatic relations with a head of state in a situation where it may have much leverage to mediate and assist to resolve the conflict.

Similarly, while not supporting the objections of the African Union that the court was ‘targeting Africans’, South Africa has pushed for the Security Council to acknowledge the request from the AU for a deferral of the arrest warrant for Bashir.

It is perhaps too soon to assess the record of a country that is still negotiating an expanding role on the international stage. What we know is that the key elements of the foreign policy laid down by former President Mandela in 1993 remain in place – an advancing of an African agenda, of peacemaking, of negotiated solutions and the upholding of human rights as a critical component of South Africa’s foreign policy goals. While there are contradictions and inconsistencies in South Africa’s foreign policy, it is possible to see an overarching desire to challenge established power in pursuit of a more democratic international order. This could be argued to be a rights agenda in itself.

This article first appeared on the Open Democracy website
http://www.opendemocracy.net/openglobalrights/nahla-valji-dire-tladi/south-africa%E2%80%99s-foreign-policy-between-idealism-and-realpolit