In between the Euro-zone crisis, continued turmoil in Syria, and the increased politicking within the ANC ahead of the end of year Mangaung conference, it is easy to have missed the high-level United Nations Conference on Sustainable Development, or Rio+20, held in Rio de Janeiro from 20-22 June. Perhaps this is its tragedy: low expectations that any outcome would be reached that would rival its predecessor, the 1992 Earth Summit (or the UN Conference on Environment and Development).

Having attracted significant international interest, and supported by the presence of over 100 heads of state and government, the Earth Summit drew the world’s attention towards the linkages between socio-economic development and the preservation of the environment. This was promoted through the idea of ‘sustainable development’, along with clear outcomes in the form of agreements on climate change and biodiversity and committing the world to action through the Rio Declaration and Agenda 21.

Categories: In The News 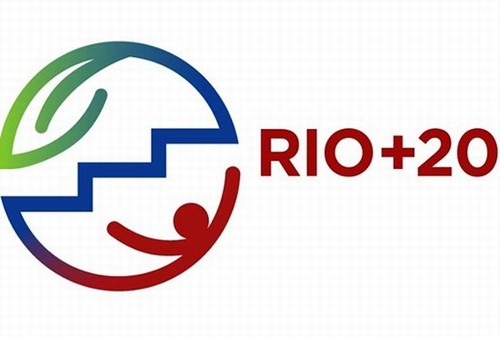 Twenty years on and the convening of Rio+20 was aimed at reaffirming the 1992 commitments, as well as building on, and updating programmes of action to address challenges that have developed during the period since the initial Rio negotiations. Over 40 000 people turned out for the Rio+20 summit, and while there was still a large presence of heads of state and government, there were also some noticeable absences, including US President Barack Obama, UK Prime Minister David Cameron, and German Chancellor Angela Merkel.

The large number of participants in itself would have involved many long-haul flights to Brazil, commuting to the negotiation venue itself, as well as the air-conditioned venue and tents used as part of the negotiations and side events, all contributing emissions to an already polluted atmosphere. Whether the summit achieved anything more than empty promises (more hot air), is still a matter of debate between diplomats and activists, civil society groups and governments.

The focus on sustainable development and the implementation of Agenda 21, along with the commitments expressed in the Johannesburg Plan of Implementation, remains a key focus for Africa. A point reiterated by South Africa’s President Jacob Zuma in an address to the summit. From the outset it was hoped that Rio+20 would reinvigorate discussions on the environment and sustainable development, and move the focus towards implementation and measurable actions.

The negotiations, however, saw divisions emerging primarily along the developed/developing country lines already experienced at the 17th Conference of the Parties (COP 17) held in Durban. In Rio, this was particularly so in the case of the theme ‘Green Economy’. International geo-politics has changed dramatically since the early 1990s, with the rise of the voices from the global South increasingly challenging convention based on ‘western’ values and norms.

Developing countries and Africa in particular, are particularly concerned that a focus on a green economy would shift attention to questions of international trade and result in new obligations for already stretched poor countries, or override existing sustainable development priorities. It has also raised concern regarding the frameworks and commitments linked to the development of a green economy, especially following cracks in the current international economic model. As such the Africa group has reiterated the need to give further consideration to the meaning of the concept as a means to achieve sustainable development.

The argument for highlighting the economic pillar was set out by Brazil’s Chief negotiator, André Corrêa do Lago ahead of Rio+20, who posited that economic opportunities linked to sustainability would move the debate beyond the traditional players from environmental ministries and green civil society groups.

Indeed, for some analysts, part of the success of Rio+20 has been the notion of the value of natural wealth, or ‘natural capital’. While this does draw attention to the true price of economic output, including a cost for externalities not currently factored into production costs such the use of the atmosphere, it also raises questions about the commodification of our environment – should it really be for sale?

Yet the outcome text from Rio+20, The Future We Want, is littered with references to economic growth. Even Gro Harlem Brundtland, Chair of the Commission which saw the development of the report ‘Our Common Future’, is reported as noting that of the three pillars that underpin sustainable development (environment, economic and social), the environment has been marginalized in favour of the other two.

The green economy is not the only area where differences in country positions have resulted in fierce debate. Key for many developing countries is the preservation of the principle of ‘common but differentiated responsibilities’, which acknowledges the need for all states to address environmental degradation, but as industrialized countries are historically responsible for emissions that supported their development, so should they take on more responsibility in addressing their mitigation efforts.

A number of developed countries have, however, pushed for its exclusion. This is a pattern reflected in discussions on finance and technology transfer from developed to developing countries in support of the implementing environmental commitments. According to one report, even watered down language such as enhancing developing country access to ‘environmentally-sound technology’ has been rejected.

There has also been considerable debate on the sustainable development goals (SDGs); what should be included on the list, and even how long the list should be. With the Millennium Development Goals (MDGs) set to reach their conclusion in 2015, the SDGs would continue the focus on balancing socio-economic development and the environment. Developing countries, however, remain concerned that the attention given to the SDGs could marginalize focus on the MDGs, including much needed finance for their implementation. Ultimately it was decided that an expert working group would be given the task of defining what the SDGs should be and how they would be pursued.

In the end debates back and forth, between increasingly entrenched positions, resulted in what many consider a substantially watered-down text that is high on political rhetoric, but low on ambition, urgency, and a lack of a programme for action, only agreeing on what had already been agreed at previous meetings.

Without an agreement and clear plan of action Africa will continue to face significant challenges in addressing its own sustainable development challenges in agriculture and food security, industrial development, water, hazardous wastes, climate change, energy, sustainable tourism, gender equality, education and health as well as ecological degradation. Indeed, while the outcome from Rio+20 has seen some diplomatic success in the continued commitment to further ‘talks about talks’, in the words of UN Secretary-General Ban Ki-moon, “If these actions are not implemented, then this will merely be a piece of paper”, leaving the world’s poor on the periphery once more.